I wish I could say I have had an incredible desire to be an actor all of my life. That desire actually comes in waves. Sometimes I am very eager to get out there in front of an audience or camera because it is the appropriate medium for sharing some incredible information that has inspired me. Then sometimes I just want to be a very private Artist, writing songs or poems, or designing my home and gardens. Creativity is part of my daily life. To me art flows freely when you truly connect to the information. You have to learn how to listen, be open to all of your surroundings, and energies. You must truly believe in the information that you commit to. I have had great opportunities in working with some wonderful people in film, television and theater. I think my favorite work is when I get a chance to connect, connect to the story that is being told or canvas that is being painted on. I love to be inspired. I feel that inspiration is contagious. RobertToms.com 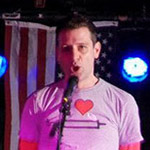 Shawn Lipenski resides in Winooski, VT and is thrilled to be back onstage after a long break honing his culinary skills. Previously, he performed locally in The Once and Future Ubu, The Spielpalast Cabaret, An Evening of One Acts, and Cole! Shawn has appeared regionally in Anything Goes, A Funny Thing Happened On The Way To The Forum, The Who's Tommy, 42nd Street, Brigadoon, and Schoolhouse Rock Live!. His New York City credits include, That's Life, Coming of Age in Korea, and numerous cabaret performances at Don't Tell Mama and Cafe 88's as well as writing material for sketch comedy groups and other riff-raff. Locally, he's most likely known for throwing on flamboyant costumes and hosting events for Vermont's LGBTQ community. Shawn's most prized role is being partner to Don Eggert. They have two temperamental dachshunds.

Whether busy conjuring variations of rhythm folk poetry in song lyrics or exploring the percussive-like dynamics of her trademark guitar riffs, independent folk songstress Antara continues to establish herself as a 'new' folk artist that is expanding the forefront of women’s music and the independent folk movement. Having performed professionally for a dozen years in more than 500 venues throughout New England, Canada, The Midwest and The South, Antara’s unique fusion of rhythmic folk music and interactive coffee house performance capitalizes on a consistent sharing of the sociological perspective that shapes her life, love and work. 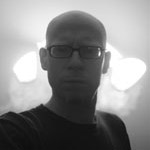 Chris describes himself as “…an all-around music junkie, I've always got music going in some capacity; listening, playing, thinking, you name it.” As a bass player he strives to “…combine Sly Stone's groove with Tori Amos' melody and throw in a dash Mr. Van Halen to take it over the top.”

Currently Chris accompanies singer-songwriter Antara, and occasionally collaborates with vocalist/percussionist Nebulai. In addition to pursuing all things involved with the low frequencies, he is an accomplished graphic designer, dabbles in photography and printmaking, is obsessed with vegan cooking, and spends a great deal of time “…scrawling in the ‘ol sketchbook.” 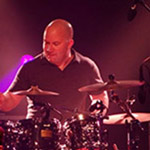 Ornan has been quietly involved in a lot of loud bands in the Burlington area over the past 20 years. He recently wrapped up a seven year stint with 80's New Wave legends Hot Neon Magic and launched a 70's disco cover band called Discolicious (dust off your platform shoes and bell bottoms). He has been a member of the infamous punk rock icons Dirty Blondes for the past 20 years, who refuse to die (until someone dies - knock on wood). And he is a founding member of the original progressive rock band Elephants of Scotland who you've never heard of unless you are from England, Bulgaria or the Ukraine. This is his first experience in musical theater but really it's just another gig with a really great rock band and he is delighted to be a part of it and to be working with fellow prog rock enthusiast Robert Toms (shhh.. don't tell anyone..!).

Adam Cooper Wood is a happy chap who lives in a quiet neighborhood on the other side of town. He rarely does any crimes. He makes web stuffs for a living. He likes cats. He has made a bunch of music here, here, and here.

Alan Hefferon is thrilled to be working with Shoebox Theatre for the first time. Alan works locally as a lighting designer, technical director, and a variety of other backstage positions for live events. He works frequently with Vermont Stage, Barre Opera House, and other companies all across VT and New England. In his spare time he enjoys basketball, pool, and emojis. He hopes you enjoy the show